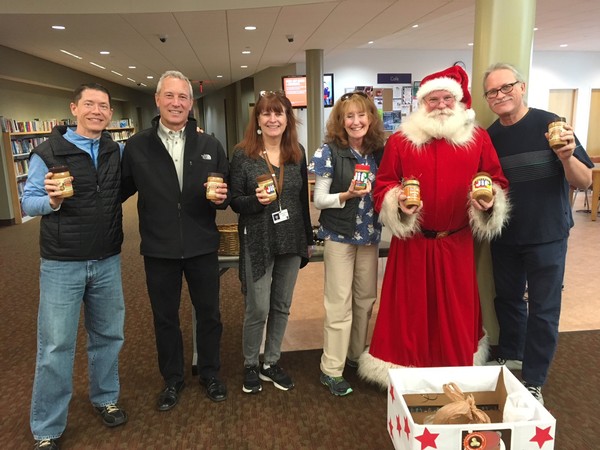 Spearheaded by Parma City Council President Sean Brennan, the drive has netted about 1,400 pounds of food so far. John Visnauskas, executive director of All Faiths Food Pantry, said about 1,000 pounds of that is peanut butter.

“The food pantry can use the cash to purchase additional peanut butter at below wholesale price,” Brennan said, because it is a Food Bank agency.

As the child of a single mother, Brennan said he and his sister ate a lot of peanut butter while they were growing up. He said she did her best to make ends meet and peanut butter was an inexpensive source of protein.

All Faiths Pantry has made more than 53,000 home deliveries, surpassing 1.5 million pounds of groceries.

Cash donations can be sent to All Faiths Food Pantry, PO box 34239, Parma, Ohio 44134. Checks should be payable to All Faiths Pantry. Visnauskas said donations are tax-deductible. Donations also can be made online at allfaithspantry.org. Call 216-469-4329 for more information on the pantry.