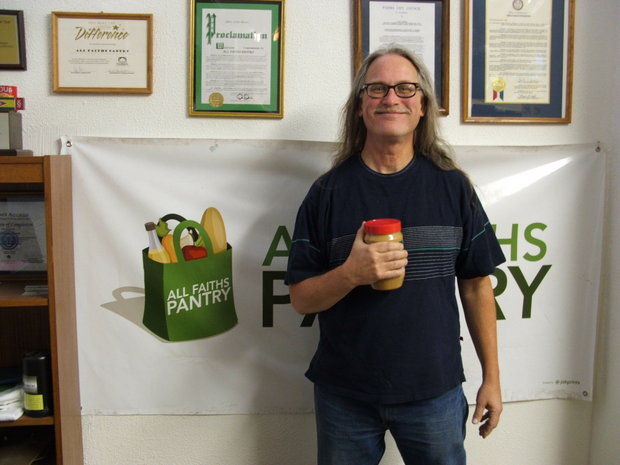 It was 3 a.m., and Brennan couldn’t go back to sleep. He thought about how peanut butter had gone up in price and how essential it is to low-income families. As a young boy and the son of a single mother who received food stamps for a time, Brennan and his younger sister ate a lot of peanut butter.

Later that day, Brennan contacted John Visnauskas, the executive director of the All Faiths Pantry. Visnauskas loved the idea. “Peanut butter is the number one source of protein for needy families,” Visnauskas said.

The Peanut Butter Drive, which starts Dec. 1 and runs through the end of the year, is on behalf of the All Faiths Food Pantry.

The volunteers at the pantry put a jar of peanut butter in every bag that gets delivered to households in the Greater Parma area.

Of course, they will still accept jars of peanut butter, and people can drop them off at four locations: council offices at city hall, the Parma Area Chamber of Commerce office in the Shoppes at Parma, both Cuyahoga County Public Library Parma branches and University Hospitals Parma Medical Center.

For more information about the All Faiths Pantry, visit allfaithspantry.org.

By Mark Holan, Special to the Sun News