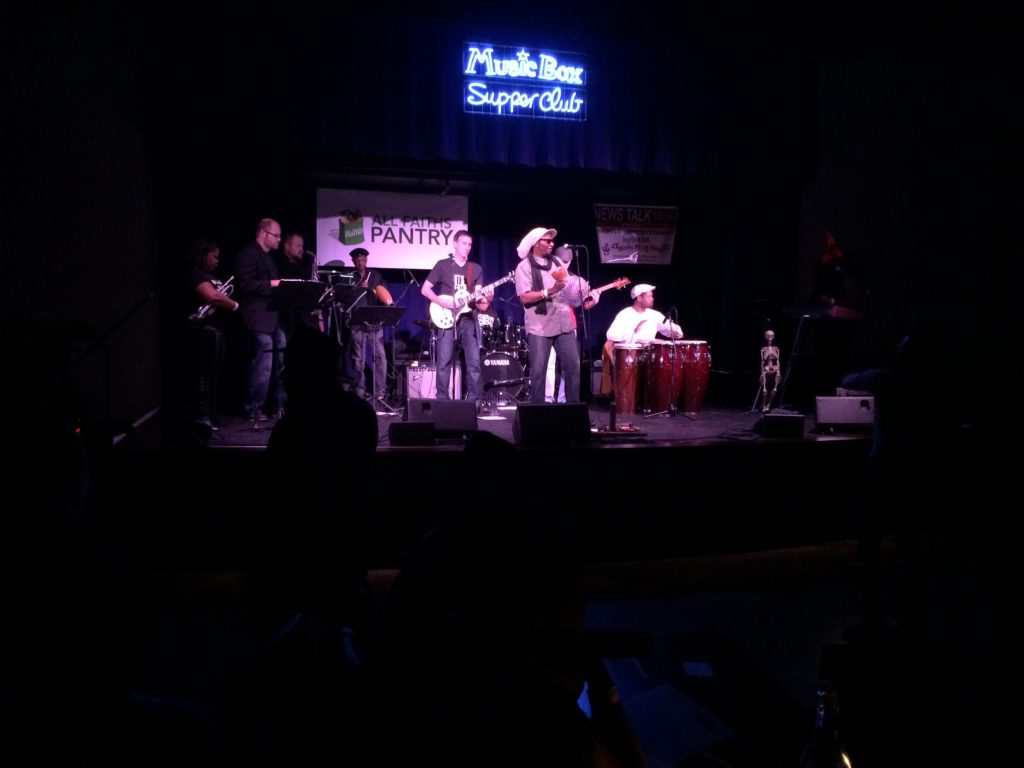 When John Visnauskas founded the nonprofit All Faiths Pantry a dozen years ago, the executive director was hoping to help Northeast Ohio seniors living at or below the poverty line.

Back then, most of the recipients were from the Greatest Generation. However, nowadays those in need are what Visnauskas described as the “silver tsunami” of aging baby boomers. Naturally, helping the underserved can be costly. Hence the All Faiths Pantry’s 9th annual Reggae for Food fundraiser, which is scheduled for Fri 9/8 at the Music Box Supper Club. Scheduled to perform are Carlos Jones & the P.L.U.S. Band, Umojah Nation and Jah Messengers.

CoolCleveland talked to Visnauskas about his important organization and the upcoming fundraiser:

Tell us about Reggae for Food.

We did it to support All Faiths Pantry. It’s a fundraiser trying to make our budget. We started at the Happy Dog and then went to the Beachland. This is our third year returning to the Music Box. It’s an awesome venue for the event. We’re all psyched to do it. The bands really enjoy it and the crowd is especially pumped for it. It’s going to be another great event like so many have been in the past.

How did you land on a reggae show for a fundraiser?

It’s just myself being a lifelong reggae fan. Those are the friends I reached out to the beginning of All Faiths Pantry. And reggae always having that sort of altruistic spiritual undertone, if not overt presence, it’s just really a natural match. The message of reggae music and the message of All Faiths Pantry certainly overlap a lot. This is our largest fundraiser and besides the bottom line of what we take away that night, the really important thing is the people we meet who hear about what we’re doing and the issue we’re trying to address, which is senior hunger. It’s very different from intergenerational poverty. A lot of seniors are not going to ever consider themselves poor. And if they go to a place and see what they see consider poor people, they won’t come back. Even if they have less money than those people. It’s a very different issue, poverty coming to the suburbs than those neighborhoods where poverty has been entrenched for decades.

As far as All Faiths Pantry is concerned, what’s the nonprofit’s mission?

The unique thing about All Faiths Pantry amongst partner agencies of the Greater Cleveland Food Bank is that we serve 60-plus seniors. We’ve delivered 100 percent of our food. We’re programmed for people who can’t go to the other neighborhood hunger centers. So many people contact us because in the case of seniors, they oftentimes can’t use the regular neighborhood programs that everyone else does. We bring them groceries.

So All Faiths Pantry is more than a food bank?

Yes, and we’re different from Meals on Wheels. We’re a totally free service and the beautiful thing is that volunteers deliver the food to the same clients each month. So a personal relationship develops. The clients feel very comfortable accepting from their friends what they might not feel as comfortable as accepting from strangers.

Which areas of Northeast Ohio does All Faiths Pantry serve?

We currently deliver to about 400 seniors per month in the Old Brooklyn and Brooklyn Centre neighborhoods in Cleveland, as well as Brooklyn, Brook Park, Berea, Middleburg Heights, Parma, Parma Heights, Seven Hills, North Royalton, Broadview Heights and Independence. It’s about 100 square miles. We give a lot of nonperishable staple items like beans and rice. We often have fresh produce. Occasionally we’re in a lucky spot where we can give some other items like soap or toothbrushes or bathroom tissue — luxuries like that.

Finally, regarding Reggae for Food, are the seniors you serve fans of Bob Marley?

I would say probably a smaller portion of them are. All Faiths Pantry is true to its name. Besides the reggae people providing support, we’ve had participation from very diverse religious groups. We’ve had certainly a lot of support of people who don’t identify with any religion or spiritual tradition. So it’s not just reggae people who support us. We’ve gotten a lot of support from the yoga community and commercial free radio. So many people resonate with our message.